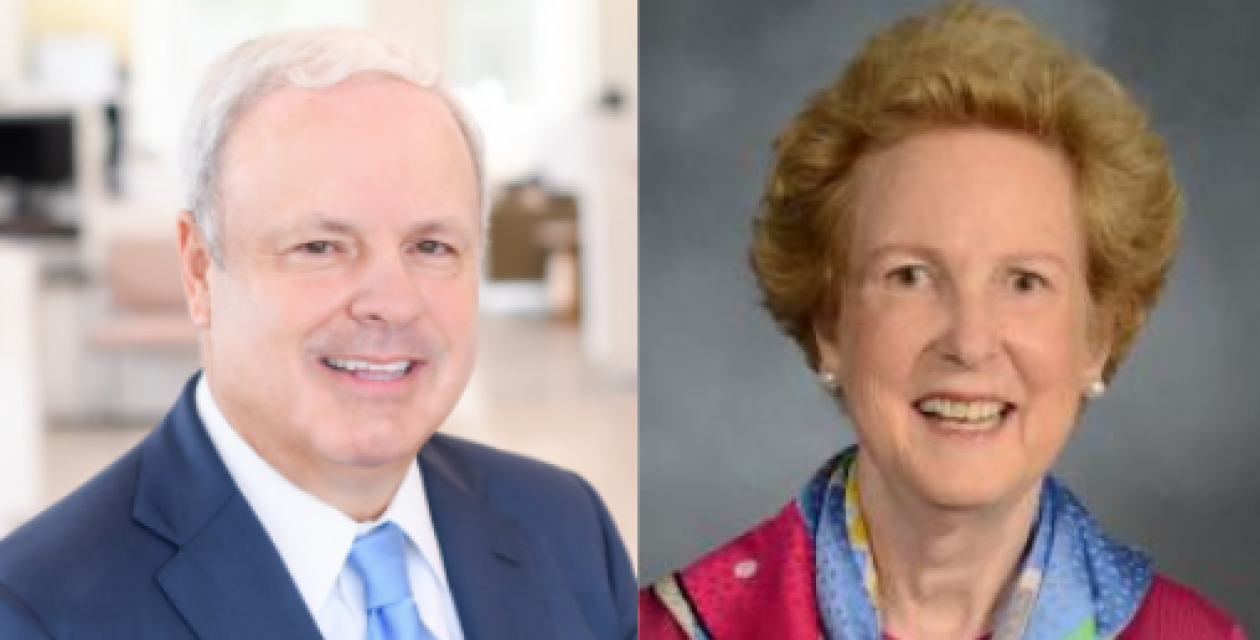 Alexandria, Va. - Conquer Cancer, the ASCO Foundation welcomes a new chair and a new member to its Board of Directors.

Former ASCO president (2019 – 2020) Howard A. 'Skip' Burris III, MD, FASCO, FACP, the president and chief medical officer of Sarah Cannon, will serve as chair of Conquer Cancer’s Board. Dr. Burris, who has served on the Board since 2017, will replace Thomas G. Roberts, Jr., MD, FASCO, who served a five-year term as chair. Dr. Roberts will remain on the Board as a member and chair emeritus. Dr. Burris’ term as chair will run until December 31, 2021.

Dr. Burris, who is based in Nashville, Tenn., is also an associate of Tennessee Oncology, PLLC, where he continues to practice. His clinical research career has focused on the development of new cancer agents with an emphasis on first in human studies. He has led the trials of many novel antibodies, small molecules, and chemotherapies now FDA-approved, including ado-trastuzumab emtansine, everolimus, and gemcitabine. In 1997, he established Nashville's first community-based, early-phase drug development program, which grew into the Sarah Cannon Research Institute. Dr. Burris is a graduate of the United States Military Academy at West Point. He earned his medical degree at the University of South Alabama and completed his internal medicine residency and oncology fellowship at Brooke Army Medical Center in San Antonio, Texas. He attained the rank of lieutenant colonel in the US Army; among other decorations, he was awarded a Meritorious Service Medal with oak leaf cluster for his service in Operation Joint Endeavor.

Anne Moore, MD, FASCO, is the newest member of the Conquer Cancer Board. Her appointment began in August 2020, when she assumed a vacant seat. Her term will last through the end of 2021. Dr. Moore is a professor of clinical medicine at Weill Cornell Medicine and an attending physician at New York Presbyterian Hospital in New York City. She is the director of Breast Cancer Survivorship at Weill Cornell Medicine. As the treatment of breast cancer moved from the radical mastectomy to consideration of breast cancer as a systemic disease, she focused on this new and exciting field for most of her professional career. A graduate of Smith College, she received her medical degree from Columbia College of Physicians and Surgeons in 1969. Her internal medical residency and hematology-medical oncology fellowship at New York Presbyterian Hospital-Weill Cornell Medicine included training at Memorial Sloan-Kettering Cancer Center and laboratory research at Rockefeller University. She joined ASCO in 1983 and she has been active in professional education, leadership development, and in the area of International Development and Education.

The following Board members have also been appointed to officer positions for a one-year term, which began January 1, 2021:

The following Board members have been reappointed for 3-year terms, which began January 1, 2021: