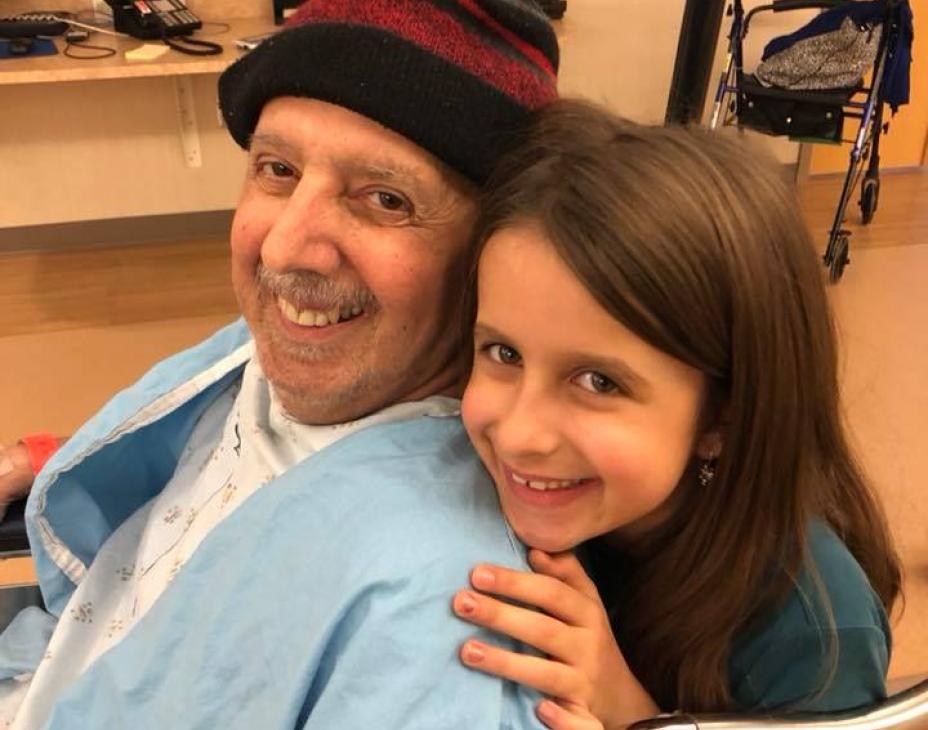 Behind the Breakthroughs
The Art of Kindness
Jana Hirsch’s mom died from cancer when she was a little girl, so she knows all too well the feelings of pain and loss her 11-year-old daughter, Nika, is enduring. Nika's dad, Rico, died from cancer last year.

The inspiring mother-daughter duo speak to Dr. Mark Lewis, who lost his father to cancer when he was only 14. This episode brings together three people who share a painful bond but still find hope in their heartfelt desire to give and receive joy from others.

WHAT YOU'LL HEAR IN THIS EPISODE:

Nika remembers so many things about her father.  He made friends quickly. He told Dad Jokes. He was very bad at drawing, but he encouraged Nika's talent for art. When she began painting rocks adorned with inspiring messages, he cheered her on - even when he was in treatment for cancer. Nika placed the rocks everywhere she went. She created an online community called This Life Rocks, where she shares her art and other acts of kindness.

"Every time Nika posted a picture of her and her dad or an update there were all these messages of 'We're thinking about you; we love you!' and it was so incredible because, despite everything that was so sad and so awful," recalls Nika's mom, Jana, "we knew that the world was such a good place, and there was so much love in this world."

Jana thought Nika might stop her rock art after losing her dad, but she didn't. Nika continues spreading joy as a way to keep her dad's memory alive. After Rico died, Jana and Nika have come to rely on the support of their communities more than ever as they face a period in life Jana describes, candidly, as "horrible but survivable."

Your Stories
This Life Rocks

Leaning on a community. Inspiring goodness in others. A mother and daughter share the bittersweet experiences of finding joy while mourning the loss of a husband and father.